Mofongo con Camarones is a traditional Puerto Rican dish, that is easy to make, and is filled with deliciousness flavor! 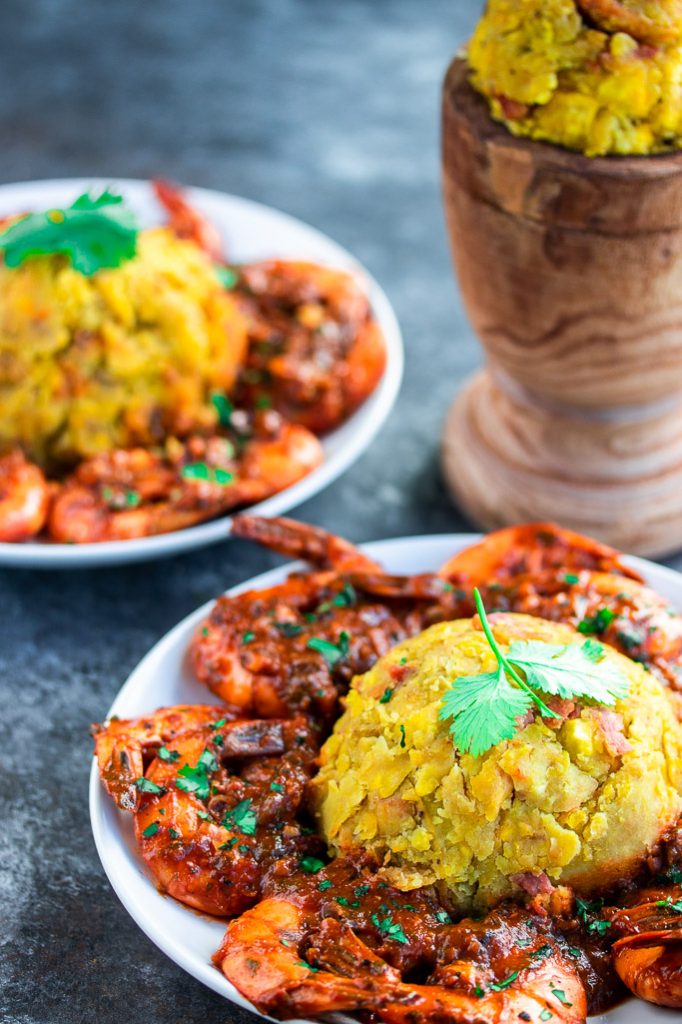 That round yellow ball that resembles some sort of mashed potatoes is mashed fried plantains. Mofongo is a traditional food dish from Puerto Rico that has fried plantains as the star of the dish. Similar to tostones, the green plantains are fried then mashed in a wooden pilón with garlic and oil.

The method of making this food dish dates back to Africa and was introduced to the Caribbean islands as a recipe called “fufu“. It originally was made by boiling starchy foods such as cassava and plantain, and then mashed into a dough. Cubans and Dominicans use this method in their own dishes called “fufu de plátano” and “mangú“.

However, Puerto Ricans fry the starchy green plantain instead of boiling prior to mashing. This frying method and including pork cracklings are unique to Puerto Rico’s mofongo recipe. Different types of meat or seafood are usually packed inside or spread around the mofongo. 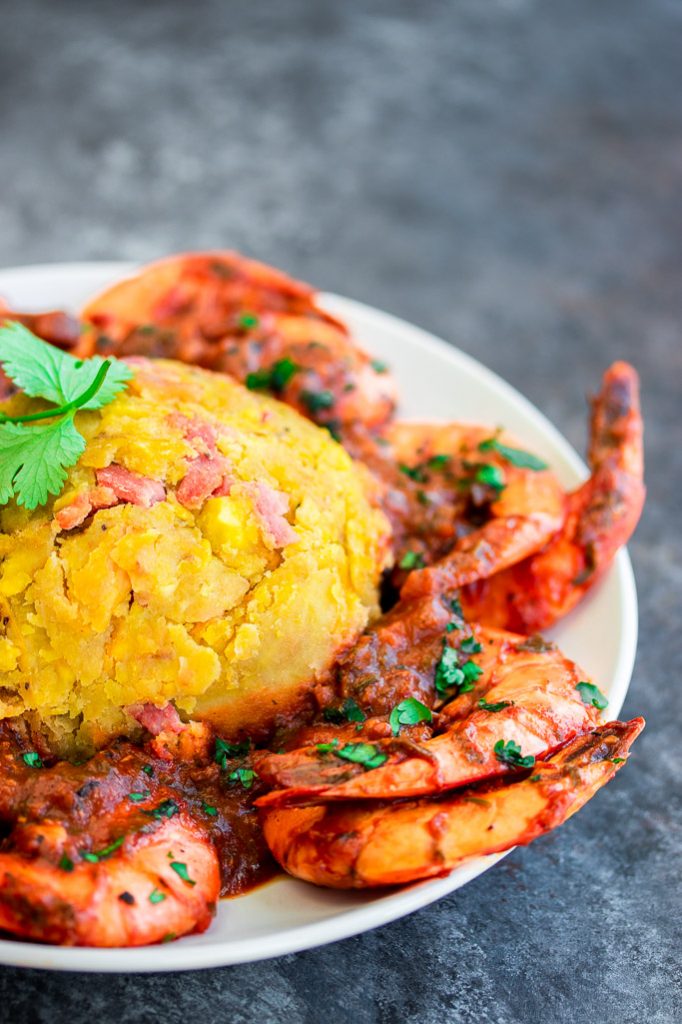 How To Make Shrimp Mofongo?

Making mofongo is similar to making tostones, the difference being that tostones are fried once more after you flatten it with a tostonera. With mofongo, you use a pilón to mash those golden plantain round slices instead of flattening and frying twice. Heres our recipe showing you how tostones are made.

If there’s one thing you need to make authentic mofongo – it is a pilón. What is a pilón? It is a wooden mortar and pestle that is used throughout the Caribbean Islands to crush and grind various ingredients. I highly recommend everyone to purchase one for not only mofongo but for various other recipes that call for it. Here is a wooden pilón for sale on Amazon if you can’t find one at your nearest store.

Also, please grab a large pilón. I made a huge mistake in the past and ordered a VERY small pilón that made it impossible to mash those fried plantains. Talk about a waste of time. 😡 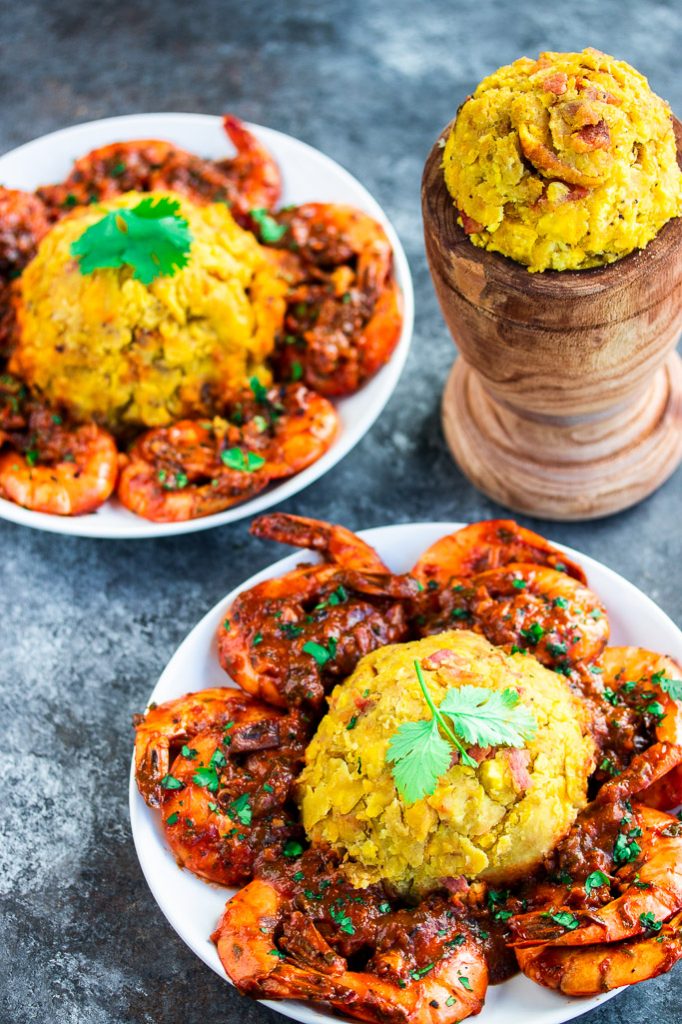 In this tasty mofongo with shrimp recipe, I personally cut back on the garlic use while mashing the fried plantains because of the shrimp sauce already including a decent amount. Speaking of shrimp sauce, you will LOVE this tomato-based sauce. Especially when you add some of our delicious sofrito into it. This can’t be an authentic Puerto Rican recipe without the sofrito. No exceptions! 🙂

It is also traditional to add chopped up chicharrónes into the mofongo, but it can be replaced with bacon if your not a fan or just can’t seem to find chicharrónes at your local store. However, this mofongo recipe can be a healthy vegan/vegetarian dish since fried plantain is still delicious by itself. 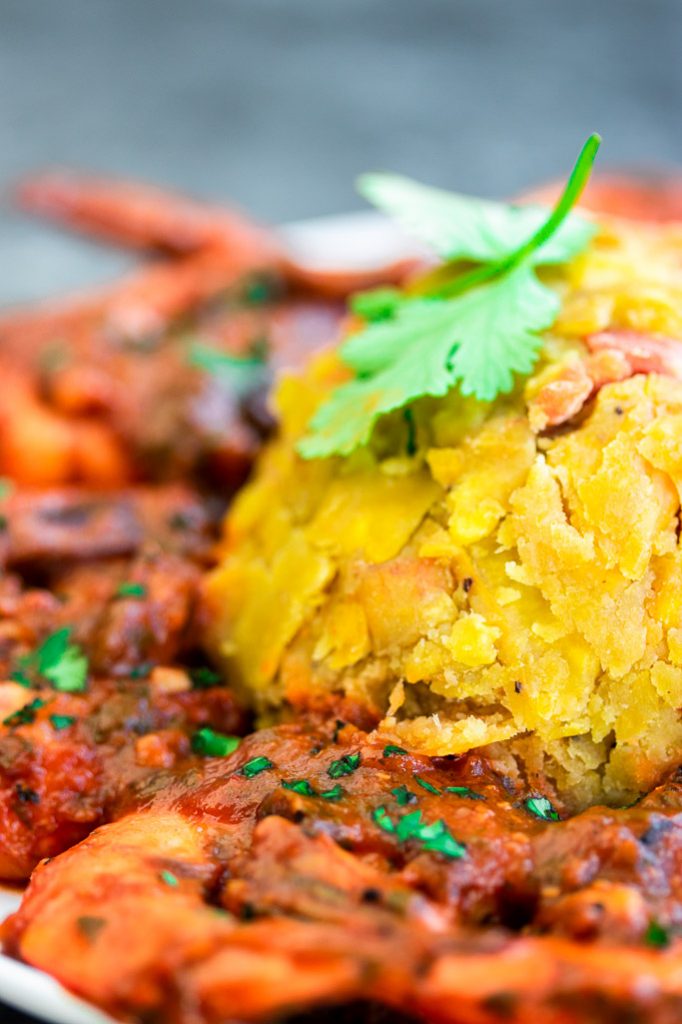 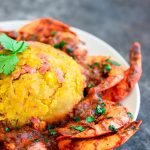 Mofongo con Camarones is a traditional Puerto Rican dish, that is easy to make, and is filled with deliciousness flavor!

Welcome, my name is Junior and this is my food blog! I am a second generation American raised in South Florida and my ethnic background is from Puerto Rico and Panama. I'm a computer savy guy with an AS Degree in Network Administration and a great passion for food & travel. Learn More... 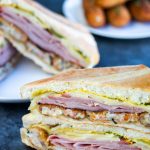 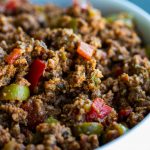 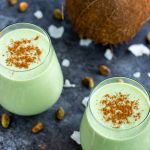 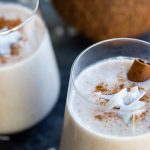 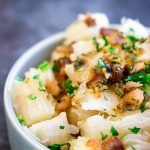 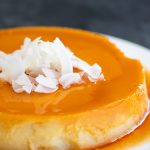